Survey and Quality to be Unfrozen, Infection Surveys Included 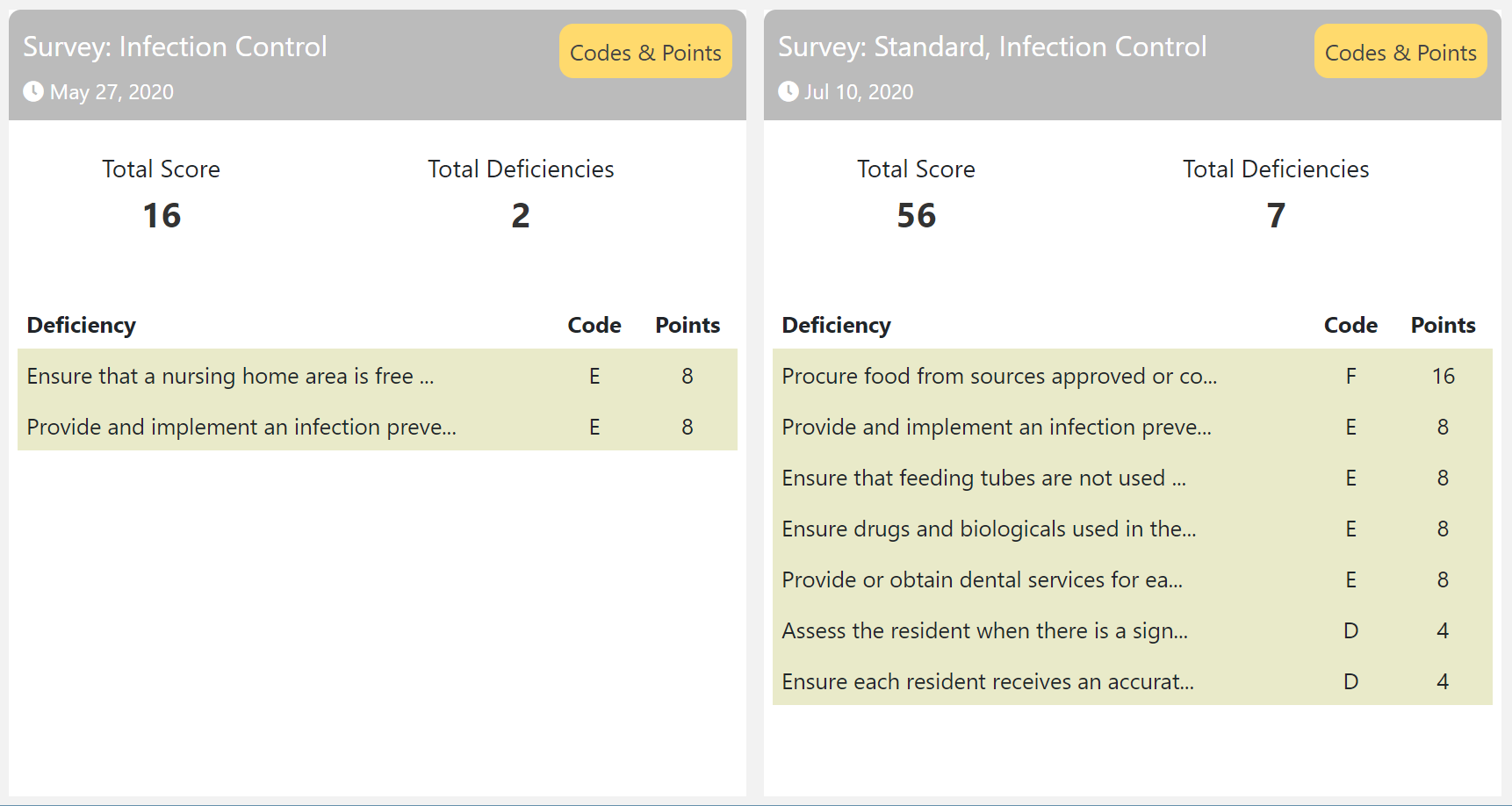 According to their memo on December 4th, CMS will resume calculation of the Health Inspection (Survey) and Quality domains of the Five-Star Rating system for Skilled Nursing Facilities as of January 27, 2021. This continues the trend started last month with an end to the one-quarter “freeze” of the Staffing domain.

However, unlike both Staffing and Quality, there isn’t a full complement of new Standard Surveys available to refresh every facility because only some states have resumed Standard/Annual Survey activity. However, CMS did throw in a curveball:

Findings from the focused infection control inspections will be used to calculate each nursing home’s inspection rating. These findings will be included the same way findings from complaint inspections are used in the Five Star Quality Rating System.

As of October 30th, there have been over 37,000 Infection Control Surveys, with over 5,000 finding at least one deficiency, and this could have an outsized impact on facilities already struggling with Covid-19-related issues. CMS also said that they’ll provide more detail about this calculation “by January 15th”, so some changes may still be coming.

If Infection Control Survey deficiencies do operate like Complaint deficiencies, the points from any deficiencies found will be added to the most recent Survey Cycle. Since most facilities haven’t had a Standard Survey to “advance” the cycles, we expect to see a ballooning effect on the points received on their latest Standard Survey. While this is cause for concern, there is a balancing measure. CMS readjusts the cutpoints for the Survey Star Rating each month based on all the facilities within a state, so a facility with more Cycle 1 points due to Infection Control Survey deficiencies may not necessarily lose stars. For more detail on how the Survey Rating is calculated, see our Walkthrough.

Since the Survey domain was frozen on March 4, CMS’s dataset of Survey Deficiencies has been static, with no new records being added. In an effort to provide visibility to the results of the Focused Infection Control Surveys, CMS published a separate dataset with just those results. This month’s data though, came with a new surprise.

Three new data elements have been added: Standard, Complaint, and Infection Control. So what was assumed to just be a data dump of Infection Control Surveys has now been expanded to a repository for all Survey activity conducted since the freeze. The data reveals that close to 900 homes have had a Standard Survey between March 4 and October 30, and it’s safe to assume that they will be included when the Survey Rating is recalculated in January. To provide visibility to this key Survey activity, StarPRO has added new functionality to outline all post-freeze Survey activity down to the deficiency level:

Click here to run a sample search and see for yourself.

Additionally, in the coming weeks, we expect to develop a small modeling tool to help facilities understand how their rating may be impacted by the post-freeze survey activity, so check back for updates.

Quality to be Updated, Despite MDS Submission Waivers

In the Quality domain, CMS has said that despite some facilities not submitting data due to the MDS submission waiver, they have enough information to resume reporting both MDS-based and claims-based measures in January 2020, using the data period ending June 30. Since most QMs are based on a four-quarter average, we’ll be interested to see if CMS decides to exclude either 2020Q1 or 2020Q2 data due to Covid-19. Another exception is the two QRP-based measures, which will remain frozen into 2021, per an earlier tip sheet.

Impacts Beyond the Stars

With the unfreezing of the Survey rating, we’ll also see changes in which facilities have received the SFF and Abuse (Red Hand) designations. While Senators Toomey and Casey of Pennsylvania have proposed sweeping changes to the SFF program, we’re not aware of any changes being made in the short term, and the number of slots will still be limited to 88 SFFs and 440 SFF Candidates nationwide. Since there will likely be few facilities that received a new Standard Survey, we expect that only a few will see changes to their Abuse flags as well.  For more updates as we get them, please subscribe to our newsletter below. 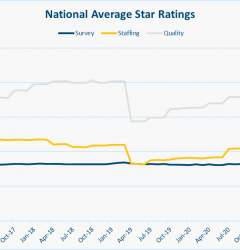 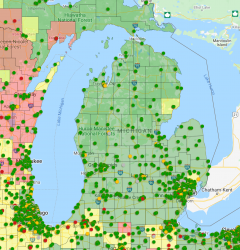 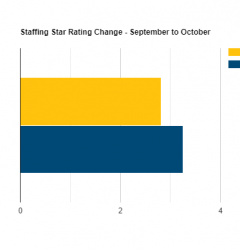